Is the learning environment really that bad for immigrant students? 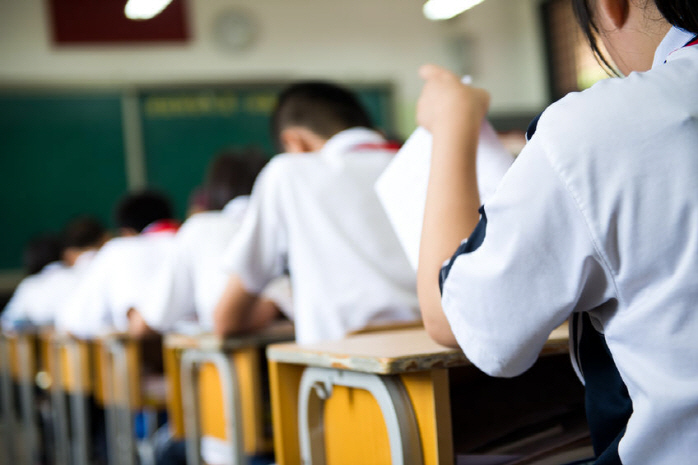 According to the analysis, there was no statistically significant relationship between the concentration of immigrants in schools and the mood felt by non-immigrant students. (Image: Korea Bizwire)

SEOUL, May 24 (Korea Bizwire) — The argument that school environments in areas where immigrants are concentrated are worse than in other areas has met with strong disagreement on the grounds that there is little evidence to support such an assumption.

Yang Kyung-eun, an assistant professor of social welfare at Sungkonghoe University, made the claim at the “2019 International Conference on the Study of the Korean Association of Multicultural Education” held on Thursday. at Seoul National University with a thesis titled “Is the Learning Environment Really That Bad with Immigrant Students?”

Yang surveyed 1,426 students from 45 elementary and middle schools in Seoul and Gyeonggi Province to see if the negative effects of areas where migrants are concentrated can be seen in real education sites.

However, according to the analysis, there was no statistically significant relationship between the concentration of immigrants in schools and the mood felt by non-immigrant students.

Concern about the educational environment in immigrant neighborhoods is likely to be biased speculation or hasty generalizations of certain cases.

The negative atmosphere in some schools was clearly related to the school’s level of academic performance, not the degree of migrant concentration.

Yang also cited the case of schools with multicultural policies and pointed out that if appropriate policy intervention is made, schools in immigrant neighborhoods with poor school atmospheres may change.

It should also be noted that schools designated and run as multicultural policy schools have a better academic atmosphere than schools that are not.

The Multicultural Policy schools are mostly located in areas where immigrants are concentrated, but the level of negative atmosphere in these schools was significantly lower than in other schools.